The history of the x williamsii Camellia

In the 19th Century camellias were perceived as being tender greenhouse plants which could only be grown by the largest landowners with huge conservatories. All this was to change with the discovery of what we now know as Camellia saluenensis by the famous Chinese planthunter George Forrest in 1918. This was a new species of camellia unknown in Western Europe

Seed from Forrest’s new discovery was sent back to Caerhays Castle in Cornwall. The owner, J.C. Williams had funded all of Forrest’s previous expeditions to China but his primary interest was in rhododendrons and not camellias.

Nevertheless in 1923 J.C. Williams crossed Camellia japonica with dark and pale forms of Camellia saluenensis. These original plants at Caerhays still survive in extreme old age today. The resultant seedlings began to flower in 1926 and the first of the new strain of x williamsii camellias was named ‘St Ewe’ (after a village close to Caerhays). Other hybrids were named ‘Caerhays’, ‘J.C. Williams’, ‘St Michael’ and ‘Charles Michael’ (after the head gardener of the time). 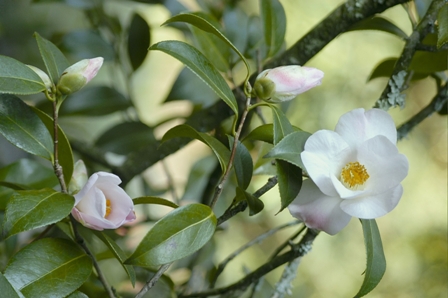 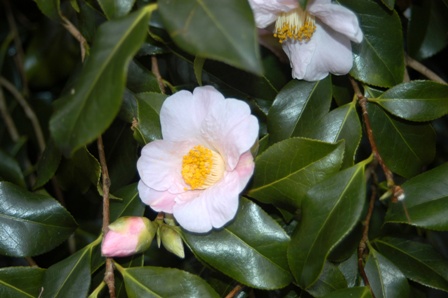 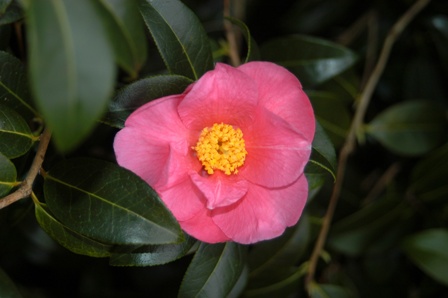 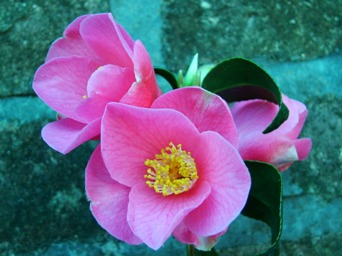 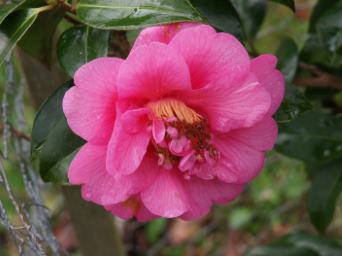 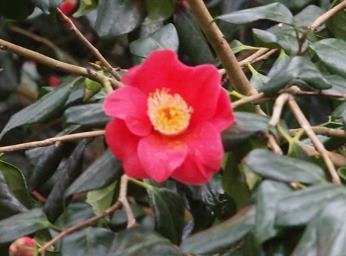 These new hybrids had many novel characteristics which amount to what is generally know today as hybrid vigour.

x williamsii camellias are totally hardy and can be grown outside anywhere in the UK. Some varieties such as ‘November Pink’ and ‘St Ewe’ flower over 4 or 5 months from well before Christmas through until April. This is an exceptionally long flowering period for any plant even where one set of flowers if frosted there are always another set of buds ready to perform again when the weather improves. The sheer floriferousness of x williamsii camellias and their upright growing habit makes them a more attractive garden plant than the older Camellia japonica varieties.

The camellia had truly come out of the greenhouse into the garden for all gardeners to enjoy. 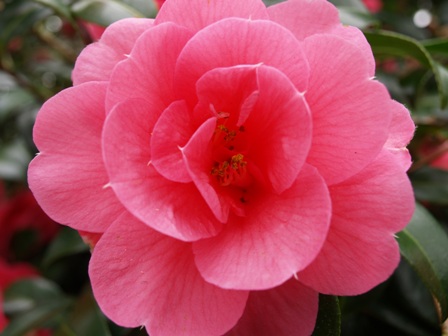 In subsequent decades the same x williamsii crosses were repeated, improved and diversified by camellia breeders in the USA, Australia and New Zealand. There is now a worldwide strain which numbers many thousands of different named varieties but they can all be traced back to one original source at Caerhays Castle.

Perhaps the best known and most widely grown x williamsii camellia of all time, Camellia ‘Donation’ was raised by Colonel Stephenson Clarke of Borde Hill and not at Caerhays.