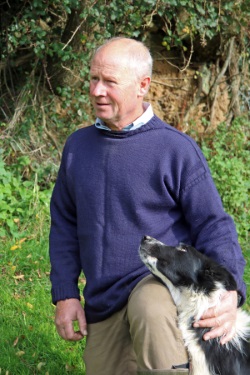 The Home Farm at Caerhays extends to 320 hectares (800 acres) and is farmed in hand by the estate’s farm manager, Hamish Ross, and the assistant manager, Bob Fletcher.

The farm is managed in a traditional way and is an old fashioned ‘mixed’ farm with arable crops, a flock of 600-700 Dorset ewes and a pedigree herd of 70 purebred saler cows and followers.

The overall farming policy is ‘extensive’ with low inputs and low overall stocking densities.  The whole farm is subject to a higher Level Stewardshp Scheme (HLS) which requires specific management and husbandry policies designed to benefit and preserve the environment.

Since 2013 the farm has entered into a 10 year Higher Level Stewardship Scheme (HLS) which prescribes strict rules for the management of historic parkland landscapes around the Castle and Old Deer Parks, Water Meadows in the River Luney Valley and other coastal fields with high biodiversity value as traditional wild flower meadows with mixed and rare plant species.  These coastal fields border the cliffs and rocky coastline which are designated as a Site of Special Scientific Interest (SSSI).  Stocking densities are restricted, as are fertilisers,  sprays and many of these fields cannot be stocked in the winter months to avoid poaching and soil erosion.

Wild bird seed mixes and low intensity, low yielding, and old fashioned arable crops are followed by overwintered stubbles are also another feature of some 8 hectares (20 acres) of the farm.  These are designated to attract the Cirl Bunting to repopulate Caerhays.  This bird was once a natural coastal species in Cornwall but has become virtually extinct until a new breeding base was established on the Roseland Peninsula, some 10 years ago, from an isolated colony of surviving birds in South Devon.  These Cirl Buntings are breeding in the wild near Nare Point and St. Mawes and will hopefully recolonize the new improved habitats at Caerhays.  Certainly that is a key objective of the HLS scheme by 2023.

HLS will also enable the farm to restore more areas of coastal gorse and scrub to wild flower meadows near West Portholland.  These fields were last cultivated to grow potatoes during World War 2 and have grown into dense scrub.

Unlike the previous environmental schemes at Caerhays (The Countryside Stewardship Scheme) which had applied for 20 years up to 2013, HLS sadly no longer requires or stipulates permissive public access to coastal fields at Caerhays.  Nevertheless the Cornwall Coastal Path and various other public footpaths remain in all these areas of the farm for everyone to enjoy.

As part of the HLS agreement Caerhays has received grant funding to help restore the castellated arch in Battery Walk Wood situated directly and very visibly above Porthluney Beach.  This arch was built at the same time as the castle itself (1807) by the famous architect John Nash.  Restoration is now complete and the Arch dominates Porthluney Beach and car park.

Caerhays run a pure Saler herd producing their own pure bred replacements.  The remaining herd is crossed with a Charolais to produce a premium beef product. Saler cattle were introduced to Caerhays for two key reasons in 1998.  With the pressures from supermarkets on farmgate prices and the over regulation of farming by the government there was an urgent need to diversify into something new to make profits.  Saler cattle are a hardy and independent breed which are both milked and kept as beef cattle in Southern France.  Their greatest attribute is perhaps their ability to produce small calves easily in an outdoor environment.  Many of our traditional West Country beef breeds such as South Devon, Hereford or Charolais have become progressively bred to improve their conformation for the butcher.  The consequence has been that calving purebred cattle from these breeds has become increasingly difficult involving calving losses and large vets bills.  Crossing pedigree Salers with these better known traditional beef cattle has produced stronger fitter calves with an equally good conformation.

When TB restrictions allow Caerhays hires out and sells purebred Saler bulls at auction to other pedigree breeders and it’s purebred heifers have been in demand as the value of Salers has become more widely known.  Although there are only 2 purebred Saler herds in Cornwall  registered to the Saler Society there are now nearly a hundred in the UK as a whole. 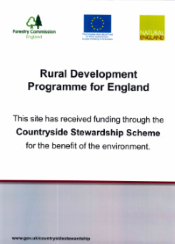 200 ewes are lambed in October to maintain a flock of pure Poll Dorsets whilst the remaining 400 are lambed in March.  There is no longer a premium for early lamb and the wetter milder winters mean that the autumn lambing has been reduced.  The ewes are lambed outside in March with ewes and lambs mainly relying on grass which cuts out the cost of expensive supplementary feed.  Caerhays Farm is targeting the selective breeding of sheep that will lamb unaided, have strong maternal traits and their progeny will fatten quickly off a grass based diet.  Caerhays lambs are, in part, marketed through the CQLP, an independent livestock marketing co-operative based in the South West.  Only Dorset sheep are capable of lambing naturally in the autumn and these are introduced to high conformation rams in late spring.  Due to the mild Cornish winters and the availability of grass, combined with fodder beet and turnip crops for the ewes, it is possible to fatten these crossbred lambs well before Easter to provide fresh spring lamb for Waitrose in place of New Zealand winter imports.  The price is usually £20 per head above that for a spring bred lamb.

Each year Caerhays Farm is visited by a number of school children, students and other groups who are interested in the operation of the farm and Caerhays’ approach to responsible farming in such a beautiful landscape.

No charge is made for organised school or educational visits to the farm.

Read more about visiting Caerhays farm with your school or organisation. 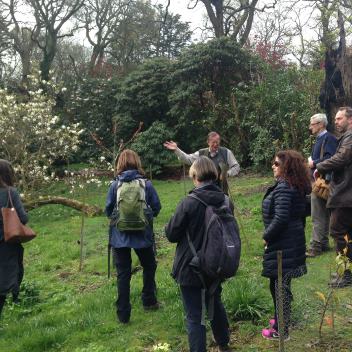 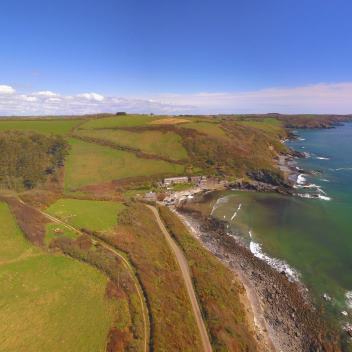 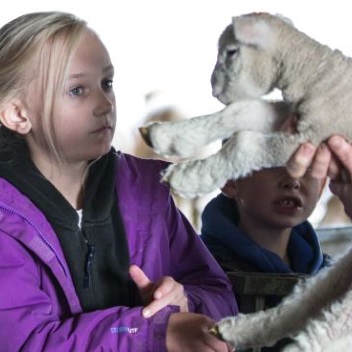