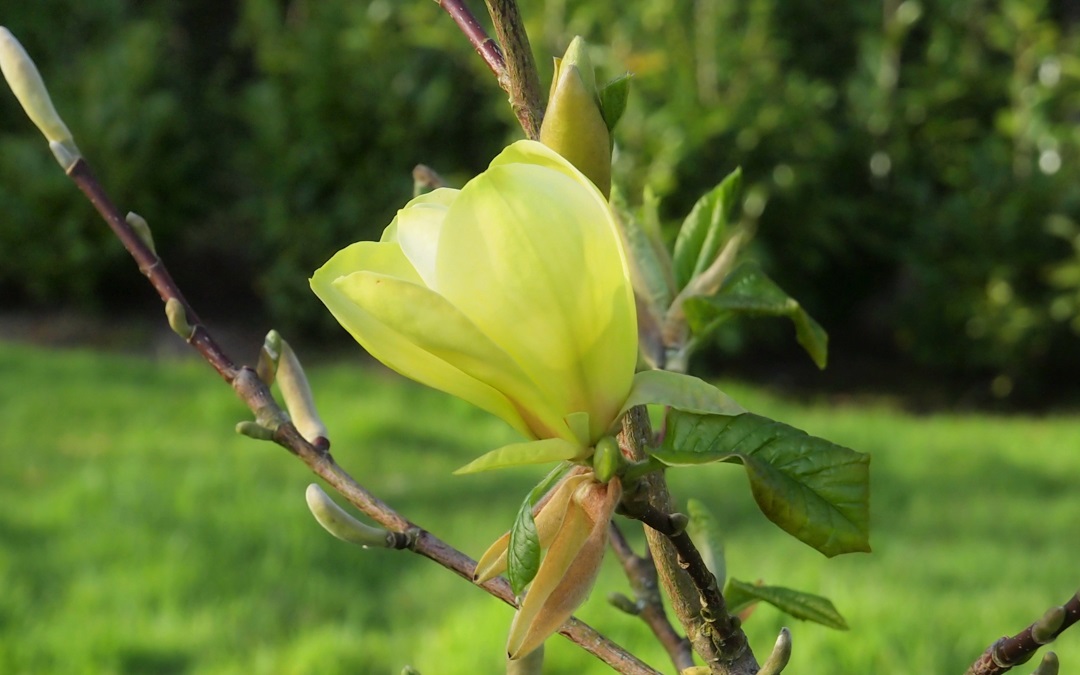 Charles picks his 4 best yellow Magnolias. In the video he says 4 or 5, and there are four in this clip.

Magnolia ‘Lemon Star’ or ‘Swedish Star’ as it is sometimes known, flowers yellow with a bit of green.
Magnolia ‘Lois’, bred by Philippe de Spoelberch in Belgium, it has very very yellow flowers.
Magnolia ‘Limelight’, large flowers which start yellow and fade to light cream, with a horizontal rather than upright habit. Flowers at eye level which is great for seeing the lovely flowers.
Magnolia ‘Daphne’, in my opinion this is the best yellow flowering Magnolia, again bred by Philippe de Spoelberch and named after his wife.

All flowering in the gardens at Caerhays during March, April and the beginning of May. They don’t all flower at the same time though, so don’t visit expecting to see them all in flower.