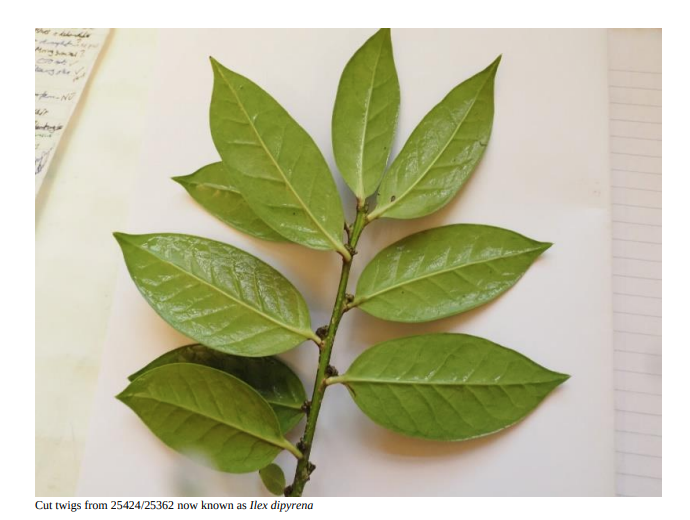 The desperation of Lockdown No. 3 has produced an article which attempts to unravel the puzzles and muddles in the naming of the older holly species growing here since the 1920s. Inevitably the names which George Forrest originally gave to his wild collections of hollies have been changed by taxonomists over the decades. One therefore has to try to marry back old planting records and species names to more modern identifications, while remembering that the hollies could have been misidentified before arriving at Caerhays!

The help from Susyn Andrews and Tom Hudson in trying to produce what now should be the correct identifications has been invaluable and is much appreciated. David Hunt first brought back Ilex specimens from Caerhays to Kew in March 1984 when Susyn had her first stab at identification.

This article may well be a small and rather dull piece of the garden history. However, when combined with an examination of the newer species of holly, which have been included in the collection here since the 1990s, hopefully readers will realise the range, diversity and interest which this genus has to offer.